Make a Smile your signature accessory

‘Orthodontic treatment was something I was meaning to do for a while’, Natalie has admitted at the first consultation.

Natalie had her consultation in June 2016 and it was a really straight forward (an extraction of one tooth, oral health was excellent). To someone, who works surrounded  by people, discreet type of appliances was Natalie’s preference – Invisalign perfectly suited her lifestyle and was her choice No1.

Impressions (that’s right – this was before we had an excellent iTero scanner! ) alongside with clinical requests were sent to Invisalign. Once the initial 3D video was returned to me that is when the work really began. I had to tailor it to her just the way her wedding dress would be to create HER result. As with Natalie’s wedding dress the skill is taking something off the peg and crafting it to suit that individual. The initial plan that comes back from Invisalign never gives perfection and that is where not all dentists and orthodontists are equal. A couple of weeks later Natalie was
shown a 3D video of how her teeth will transform throughout her treatment.

66 aligners, 17 months later – Natalie was wearing the smile I gave her. She was incredibly pleased with the results of Invisalign treatment as well as teeth whitening. Her Invisalign journey was completed just in time for her and Joe’s wedding. A smile was her signature accessory on the big day.
She was so kind to share few captured moments of her and Joe’s big day.

Happiness looks good on you!

”It was in preparation
for my wedding
and I am really happy
with the results.”

Dr. Francis is a top Invisalign specialist who wants to help you achieve your goals of a beautiful, straight smile using near-invisible braces. 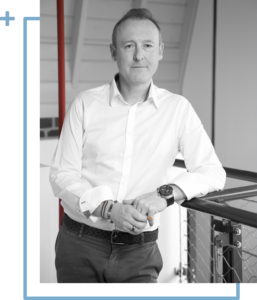